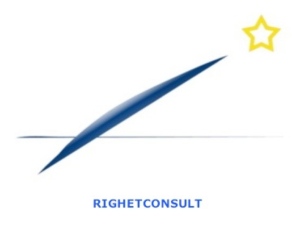 Both Napoleon and Charles de Gaulle are well known; no words about them are needed.

Less known is a book by de Gaulle, ‘France and her army’, a chapter of which is dedicated to Napoleon.

We will highlight some sentences from de Gaulle’s book and we will add some other facts on Napoleon, because Napoleon was not only a great general but also a great organizer, a logistic genius, a highly effective planner, and so on; in a few words, he did much more than leading his armies, he managed them and was both a “Project Manager” and a “Programme Manager”.

Did you know that the main reason for Napoleon’s successes was planning the movements of his corps with such accuracy that tens of thousands of soldiers marching for weeks on different and far away (XVIII century’s!) roads could strike together the enemy?

Besides, he was very accurate in keeping details on both topography and single enemy regiments.

Both Project managers and managers can learn a lot from Napoleon, because he organized and directed his campaigns as if they were projects – which, in fact, they were.

All quotations (for discussion purposes) are from ‘France and her army, by Charles de Gaulle, Translated by F. L. Dash, Hutchinson & Co. (Publishers), LTD.‘

‘At the same time as he stimulated emulation by these methods the leader gave many proofs of his concern for and care of those who were ready to lay down their lives for his glory. […]

He never lost an occasion of associating his soldiers with his greatness. Often he would invite them to dine with him. On his coronation day he filled Notre Dame with them.

Victorious troops returning to France were received by the municipal authorities. Banquets, like the one given by Paris to the Guards in 1807, were given in their honour, and the doors of the theatres were thrown open to them. On the occasion of the birth of the King of Rome every soldier received a present.’

‘In the course of a campaign Napoleon would show himself everywhere; he would spend hours visiting outposts, bivouacs and artillery parks, but always unexpectedly, so as to give the impression that he was everywhere and that nothing could escape him. After the battle he would inspect the battlefield, salute the troops, enquire about the wounded and reward instantaneously and in the most dramatic manner soldiers who were pointed out to him.’

Napoleon was a Project Manager

‘Moreover, Napoleon was always there to make the general plan; all he asked of them was to perform the particular task at which each of them excelled. Their contribution consisted of an instinctive grasp of the immediate situation, daring interventions, and the exercise of their personal influence over their troops.’

‘Decimated by sickness before the battle, the Prussian army spent the night before Jena shivering with fear, while men fainted with hunger and cold, lacking shelters which they did not know how to build and fires which they dared not light. For this army defeat immediately became a rout. […]

The state of affairs in the Grande Armee provided a striking contrast. Once the Emperor had selected the most favourable place and time to strike, had fixed his dispositions, chosen his terrain and decided the methods by which it could be exploited, the troops were capable of providing that speed of manoeuvre and that irresistible punch in battle which carried all before them. Napoleon’s dispositions in face of divided and ill-prepared adversaries proved in practice their deadly efficiency.’

He was a leader – Managing qualities alone are not enough

‘To ensure, moreover, that the final effort should be as vigorous as possible, the Emperor would intervene in person. He would appear on horseback at a prearranged spot, watch the columns massing for the attack, ride along the artillery line and question generals and corps commanders.’

‘Despite the prodigious successes which his genius wrung from the army under his command, up to Tilsit the Emperor took care never to assume a task which was beyond his means.’

‘For a long time the Emperor had succeeded in making them believe that the effort he was asking of them would be the last and that immediately afterwards they were going to be able to enjoy the fruits of victory. […]

But as he was soon to realize, hope deferred maketh the heart sick. In the soldiers’ mind the enthusiasm of yesterday gave way more and more to hopeless resignation. Sometimes it was kindled to bursts of anger. […]

Yet, despite their outbursts of irritability provoked by their sorry plight, the troops did their best; despite hardship and disillusion the great mass kept their sense of duty, and even their devotion to the Emperor, to the end. But willingness is not enough in war if it isunaccompanied by material strength, a factor which was constantly diminishing in the army of the Empire.’

‘On the evening of the battle of Eckmiihl, when the Archduke Charles could have beendriven back on to the Danube and destroyed, Napoleon, acting on the reports of hisMarshals, had to give up the pursuit on account of the state of exhaustion in which the young soldiers were found. This lack of experienced troops was the chief cause of the heavy losses sustained at Essling: “Our formations remain deep, owing to the difficulty of deploying or concentrating untrained troops.”‘

‘It was in the hope of repairing these grave deficiencies that he agreed to sign the Pleisswitz armistice. The Emperor used this breathing-space for training, and a great musketry competition was organized for the whole army. However, operations were resumed before any satisfactory results had been achieved.’

Tools instead of training?

‘Napoleon endeavoured to compensate for the progressive deterioration in the quality of his troops by increasing their armaments. “The poorer the troops the more artillery they need“, he said.’

‘But by striking too hard and too long he had broken the sword of France, for men’s souls, like material things, suffer from wear and tear. Still undismayed, and still resolved to tempt providence once more, he suddenly found himself without soldiers or weapons, and saw, towering above him and ready to break, the swollen wave of ill will, of cowardice and treachery which was to engulf his genius.’

Let’s draw final conclusions: you need a serious and prepared Project Manager who is going to properly train the project people before and during the project.

Maybe you will need some tools for your project, but tools alone are not going to give you the results you hope for.

Even during periods of time between projects, dedicate more time to identifying the training your people need to receive – in order to bring next projects to a happy end – than to evaluating presumed miraculous tools; miracles lie in your Project Manager and in your project people.

Use the tools you really need; the rest lies in the hands of your professional Project Manager and of your properly trained project people.